Completed in 1792, for Major John Delafield (1748-1824) and Ann Hallett (1766-1839). In its day Sunswick was “one of the landmarks of the river”. It stood opposite Blackwell’s Island overlooking the East River at Hell Gate. The rear of the house opened onto broad, fertile farmland while the river could be accessed from the front by descending the stone steps from the terrace. It was among the largest and best-appointed country houses close to New York City. In 1834, the estate was subdivided and became the village of Ravenswood. The house was torn down in the 1920s…

In 1791, Delafield had made a fortune through underwriting marine insurance despite having only arrived in New York some eight years before. He paid his father-in-law $3,300 for the 140-acre Blackwell farm overlooking the East River on which he built his country home, “a bit of Old England in the New World,” which he named “Sunswick” after a small river nearby. His brother in London, Joseph, was tasked with buying the furniture and crested silver service that he promptly shipped over to New York. It immediately gained a reputation as one of the best-kept estates in New York. In 1805, the mansion was described by its architect and builder, Mr. Joseph Newton:

(The house) is 60-feet square with a strong stone basement story 9-feet high, walls 2-feet thick with stone partition walls. The two upper stories are a very good oak frame, well framed and fitted all round with brick and lathed over. The sides are boarded with 11/1 plank done in the best manner. Decorated with Pilasters and Portico, the roof shingled, with 8 dormant windows and plastered bedrooms in the garret, the whole is a very good substantial house and is in very good order built in the year 1791 and 1792 and the value is in my estimation $20,000.

In 1814, John Delafield’s fortunes took a turn for the worse after, “the commercial troubles which followed the Berlin and Milan decrees of Napoleon” which decimated American shipping. After heavily mortgaging Sunswick, he was forced to sell his summer home for $31,500 to the noted mineralogist Colonel George Gibbs (1776-1833). He lived here with his wife, Laura Wolcott, and their family. There were several houses on the estate and in 1825 Gibbs rented one of the farmhouses to his friend, James Fenimore Cooper (1789-1851); and, Washington Irving’s father leased the old Blackwell house for several years.

Colonel Gibbs’ “Seat of a Broad and Elegant Hospitality…”

Gibbs was, “a man of singular culture and talent. Brilliant in conversation, polished in manners, and of large and various experience of men and life. Colonel Gibbs was one of the marked men of his day, and his large mansion at Sunswick was the seat of a broad and elegant hospitality rarely to be met with in this country at that time”. He was well-known in both Europe and America as the noted mineralogist who gathered the most valuable collection of its kind in this country and which he later sold to Yale University. At Sunswick, Gibbs was able to indulge his passions for science and agriculture and he was, “often occupied with making volcanoes with such materials as he could obtain, and in searching the stone walls… for minerals, and the gardens and fields for flowers”.

In Colonel Gibbs’ day, fine horses and dogs were always to be found about a gentleman’s residence. Passionately fond of field sports, he was constantly at the south side of Long Island, where deer and small game were then the certain rewards of the day’s hunt… For access to the city, he had for years a small yacht which he styled the “Laura”… Within (the house) was his fine library, abounding in the works of the best authors, and in many tongues…

Gibbs’ son recalled that he had, “about six acres devoted to the cultivation of fruit, vegetables, flowering plants, and shrubs. Having traveled extensively in Europe, he was enabled to import from different parts a great variety of vines, of which among others I remember the Tokay and other Hungarian and Italian grapes; and he was in the habit of sending at the pruning seasons quantities of cuttings to his correspondents in various parts of the United States. Owing to the fertility of the ground and its favorable exposure, most of these throve for some years, but the tenderer sorts were, during the winter, either buried or covered with straw. The European grapes, however, gradually died out or ceased to bear, with some exceptions; but, I have since heard that certain varieties thus introduced have continued to exist, and have become wild in the Southern or Southwestern states.”

The hospitality of the Gibbs family was well-known and when a cholera epidemic swept across New York City in the summer of 1832 he put up several families on his estate and in the house itself.

The Village of Ravenswood and Gradual Decline

The year after Gibbs died (1834), the estate was subdivided into lots for suburban development. In 1844, the mansion was acquired by the Convent of Sacred Heart. However, just three years later the Nuns relocated to the Jacob Lorillard Mansion which is better known today as Manhattanville College. Five years, later (1852), the mansion was home to the Brooks family, but from then its history becomes obscure. It was torn down in the early 1920s.

Note from the original site: If you know anything about its last years, please leave a comment. 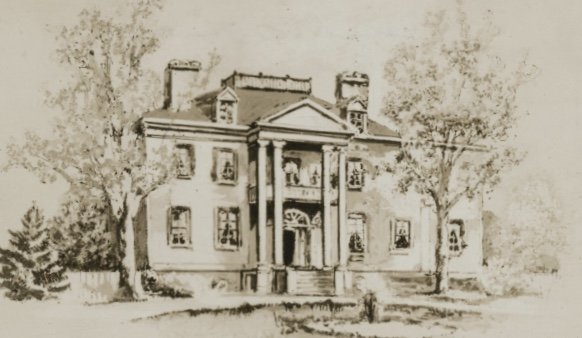 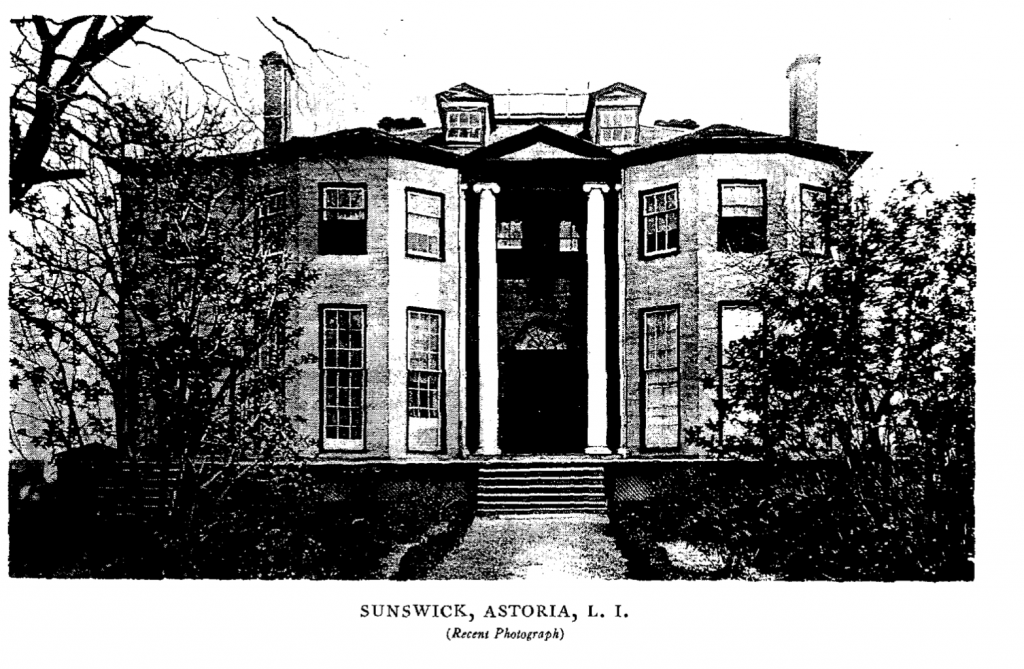 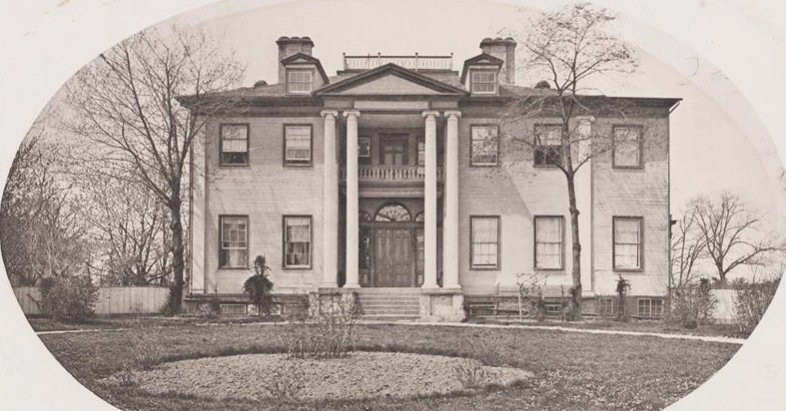