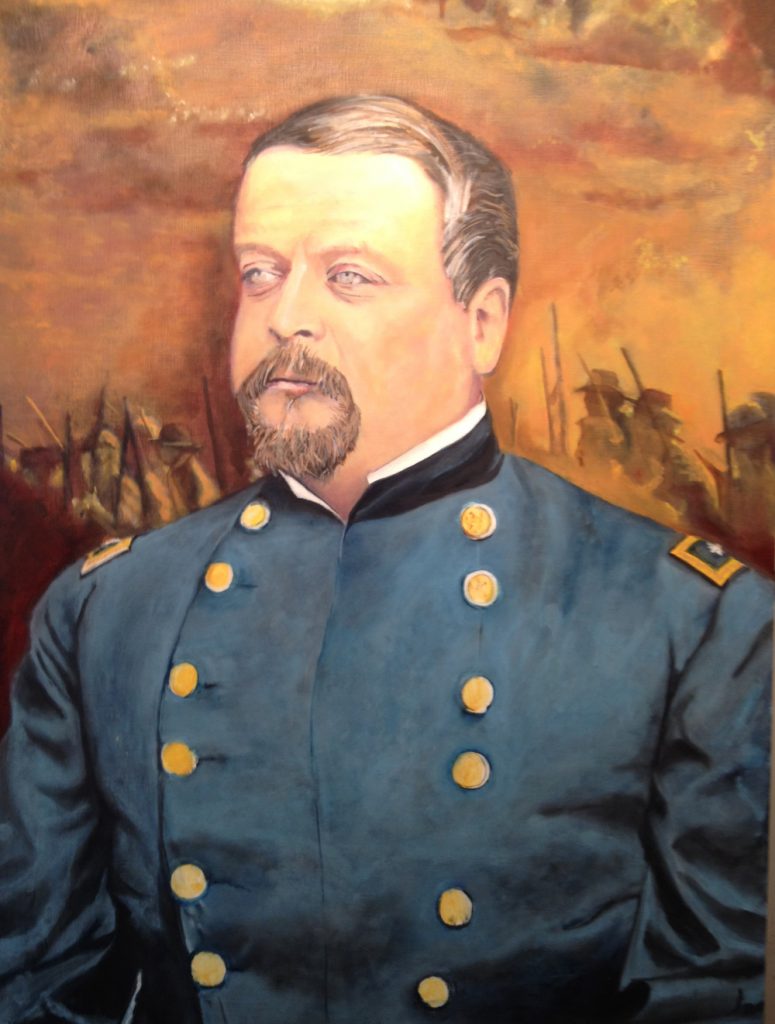 General Alfred Gibbs was born on his father’s estate, now within Astoria, Long Island, New York. He was the son of mineralogist Colonel George Gibbs and grandson of Oliver Wolcott Jr., Secretary of the Treasury in the administrations of Presidents George Washington and John Adams. His older brothers were George Gibbs and Oliver Wolcott Gibbs.

Gibbs attended school in White Plains, New York, and Dartmouth College before he was appointed to the United States Military Academy at West Point, New York. He graduated from West Point forty-second of fifty-nine in the class of 1846. Only one reference cited below was found to mention Gibbs marrying or having children. A Gibbs genealogy privately published in 1933 shows Gibbs was married and had two sons. He married Peggy Forshee Blair of Richmond, VA December 27, 1855. They had two sons: Alfred Wolcott Gibbs (1856–1922), a railway mechanical engineer, and Dr. John Blair Gibbs (1858–1898), an assistant surgeon, U.S. Navy.

Most frequent questions and answers

Who Was Gibbs' Mother?

Yes, Gibbs was in the West Point Class of 1846, also known as the “Class the Stars Fell On.” This class of cadets who graduated from the US Military Academy at West Point is considered one of the most essential classes in the history of the United States Military Academy. Many members of this class played significant roles in the American Civil War (1861-1865) and the
development of the United States military.

Did Gibbs Fight in the Mexican War?

Yes, he did fight in the Mexican-American War. After Gibbs graduated from the U. S. Military Academy in 1846, he was assigned to the Regiment of Mounted Rifles and served in the Mexican–American War. He was awarded the ranks of brevet first lieutenant and brevet captain for gallantry. In 1847 he served with the Army of Occupation in Mexico City and became an original member of the Aztec Club of 1847.

Why is Alfred Gibbs so important to you?

Alfred Gibbs was the commanding officer for both Levi and Marvin Green, ancestors of mine and both members of the First New York Dragoons. Notwithstanding my connection to Gibbs through my ancestors, Alfred Gibbs’ contribution to building a young nation has been overlooked, and his military leadership needs to be shared. My hope is that over time other researchers will add to my findings and Gibbs’ contribution will be recognized.

Was Alfred ever wounded?

Yes, Alfred was wounded twice. The first time he received a wound to his abdomen from a Mexican lancer was when he fought at the Battle of Cerro Gordo during the Mexican–American War. He was wounded again fighting the Apaches while on frontier service in 1857 at the battle of Cooks Pass. The last wound, again to the abdomen, was severe and almost took his life. This wound would severely impact his ability to serve while in the newly-formed 7th Cavalry.

What are the Dragoons?