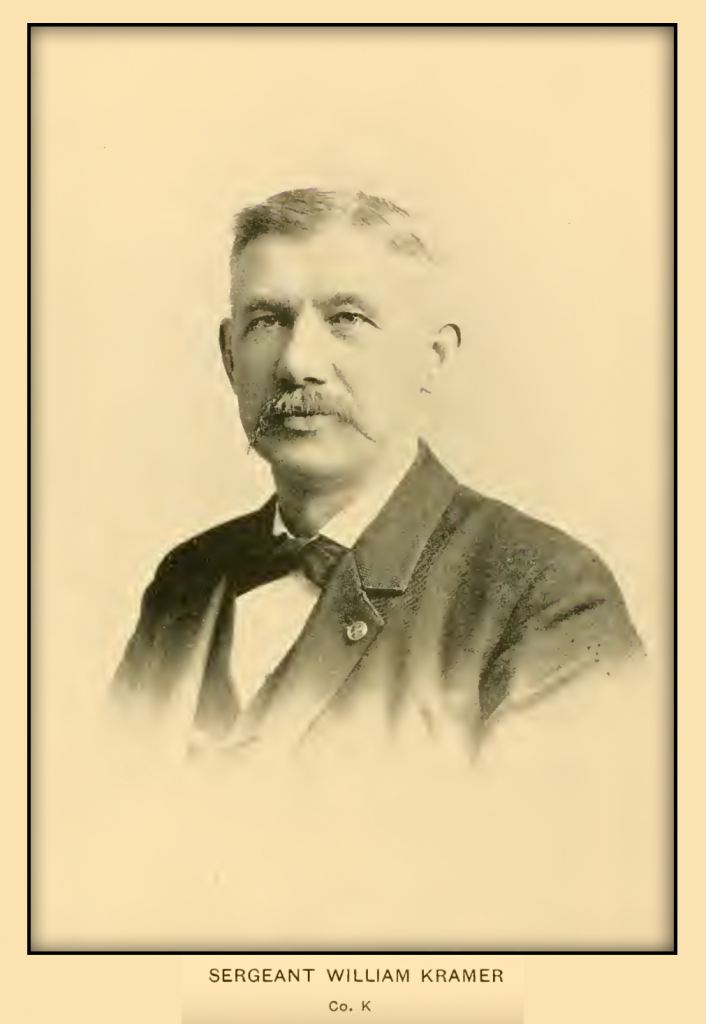 After Early’s Cedar Creek drubbing, we were for some time only occasionally troubled by him. While we performed considerable rough-weather reconnoitering and picket duty, we had no serious engagement until November 12, when our second battle of Newtown, in which the regiment lost one killed and eight wounded. In the latter part of October, we sent home our presiden­tial vote, which was mostly given to Lincoln.

Some time previous to Thanksgiving day reports ap­peared in Northern papers that every soldier was to be furnished a good Thanksgiving dinner-a regular lay­ of roast turkey or chicken, with trimmings of cranberry sauce and mince pie. As the time drew near, our antici­pations of this joyous feast ran high; but the higher they got, the farther they fell. No doubt the good people did their part well, but alas! alas! they had no idea of the many departments their gifts had to filter through or the number of sticky hands that would handle the dainties before reaching the private soldiers. If the dear, kind-hearted ladies had armed themselves with broomsticks and shot­ guns and had guarded the articles to the front, perhaps we of the rank and file might have got a taste, especially if they had killed a lot of mule-whackers and rear bum­mers who habitually pried open and robbed boxes; also mashed the heads of the thieving officials who lived high on these gifts intended for the men who did the fighting

In the distribution, some were so fortunate as to get a chicken leg or slice of the breast, while others might get the neck or gizzard. The writer’s share consisted of one little wing that had the appearance of having been mussed in the dirt by cats. Of course, it went into the fire, and our dinner consisted of the old standby-hardtack and pork.

During the fall and winter of 1864, we had a repetition of the experiences of the previous year, that of constructing winter quarters, only to pull up and go elsewhere.

Sheridan having long been annoyed by guerrilla bands, especially by ” Cut-throat Mosby,” whose headquarters were in the Loudon valley, started out Merritt’s division on the 28th of November to clear that country of forage and stock; also to break up guerrilla bands and arrest suspicious citizens. On the first day, we passed through Ashby’s Gap and bivouacked near Upperville. Moving north in the morning, we were deployed on the left flank, well over toward the foot of the Blue Ridge Mountains. Suddenly a force of Mosby’s men dashed out upon us. Our line was quickly drawn in, and a pretty lively engagement ensued. During the day Sergeant Parkins was mortally wounded, living but a few days. From the inhabitants, we learned that Mosby received a bad wound also.

Continuing down the valley we halted that night at Snicker’s Gap, and the night following near Lovettes­ville. The three brigades, having swept the valley, de­ stroying barns, stacks; and mills, and gathered up a vast drive of cattle, horses, sheep, and hogs, began the return march, reaching Winchester on December 3. The reader can easily imagine what a lowing of cattle, bleating of sheep, and squealing of pigs was heard in the land when he is told that we drove in 2,240 head of cattle, 400 hogs, 1,000 sheep, and 400 horses.

An incident of the raid, by Rufus C. Jefferson: – Comrade Bowen: You refer to the incident in which Palmer R. Karns was the leading actor. It made an impression upon my mind not easily effaced. Briefly told, it is as follows: –

”Late in the month of November 1864, the cavalry was in the Loudon valley, burning barns and forage and driving off livestock, so that this fertile region might no longer be a base of supplies for the Confederate army.

“Sergt. Jack Parkins a noble fellow, took a detach­ment of seven men from Co. A, myself being of the number. Deploying on the left of the column, we reached a typical Virginia farmhouse, approached by a narrow lane, and flanked on both sides by stone walls, through which were wood gate entrances, making three ways of getting to the yard. Four men dismounted and called at the house to see what the occupants would contribute in the way of supplies for the Federal army. I was one of those who were left mounted outside, having in the meantime set fire to a large barn, some corn cribs, and other out-buildings. Through a dense cloud of smoke, we discovered, to our horror, some thirty guerrillas or Confederate cavalrymen, charging up the lane on the run, making our situation perilous, to say the least. I notified the boys in the house, three of whom mounted, and we opened fire on the approaching enemy. Owing to the fright of his horse, Karns was unable to mount, and in his desperation drew a bead on the leader and shot him through. Owing to the smoke and confusion, and evidently supposing our number to be larger, they turned and escaped, while we, fool-like, charged after them.    Jack, having a fleet horse, soon overtook and attempted to shoot one, but his revolver failed to go off, whereupon the guerrilla turned and shot him through the lungs.

”We carried Jack back on a blanket, borrowed (?) a horse and carriage, and placing him on straw, got him to an ambulance that night; but died in a few days relieved him from his agony.

“From that day to this I have felt that the fact that I am alive is owing to the steady nerve and indomitable pluck of Palmer R. Karns, as there was apparently no chance for us to escape.

“No argument is necessary to convince you that I am not in the literary line, but make what use you please of this statement, and let the boys have it.”

Says Alfred Bigelow: “One night as we were going into camp, Curtis and I noticed some beehives at a farmhouse, and after dark secured some nice honey. Curtis proposed taking some to Colonel Gibbs. I replied: ‘Bet­ter not; he’ll punished. you, sure.’ But he took it over while the Colonel was at supper, and it was received with thanks. Just as Gibbs was cutting into the honey, he rushed the old Southerner, saying, ‘Colonel, your men have stolen all my bees.’ Continuing to eat the honey, and without even looking up, Gibbs replied, ‘ Have you the audacity to charge innocent men with theft1 Sooner accuse the angel Gabriel. It must have been them damned battery men. They’ll steal you blind.'”